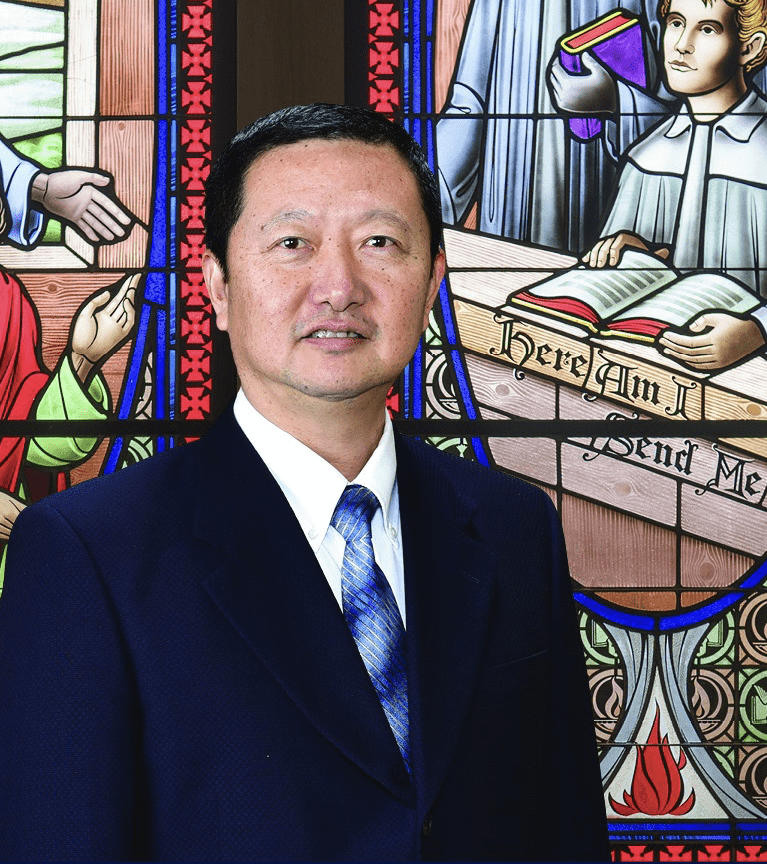 Pastor Qiang Wang serves as our Chinese mission pastor at our Coquitlam campus, which in Chinese is called Abiding Love.

Qiang and his wife Susan grew up as classmates in Dalian, China. They immigrated to Canada and settled in Vancouver with their son, Ricky in 2013. Qiang has a Bachelor of Engineering from Sichuan University, and worked as a businessman in China from 1991 to 2013. After he immigrated to Canada with his family, Qiang studied in the Pastoral Studies Institute for Wisconsin Lutheran Seminary from 2015-2019. He graduated and was ordained and installed as our Chinese pastor on January 18, 2020 to serve our Chinese mission in Coquitlam. He spends his time connecting with lots of people in Coquitlam and around Vancouver and cooks a lot of Chinese food with Susan to share with all the people they meet.

Qiang and his wife Susan are faithful servants and avid Bible readers who often study together. They are proud of their son, Ricky, who is graduating from the University of Alberta in Computer Science in spring 2021. Qiang enjoys hiking, playing soccer, and various “racket” sports.

If you speak English or Mandarin and would like to connect with Pastor Qiang, reach out and he loves to talk about the Bible with anyone!